While we were in Florida, I picked up a whole new load of candy making stuff- mostly Wilton. Actually, I think all of it was Wilton!

I got peanut butter flavour and dark chocolate candy melts, a new candy mould, some squeezy bottle things, and some decorating brushes. Making peanut butter cups meant I got to use EVERYTHING. 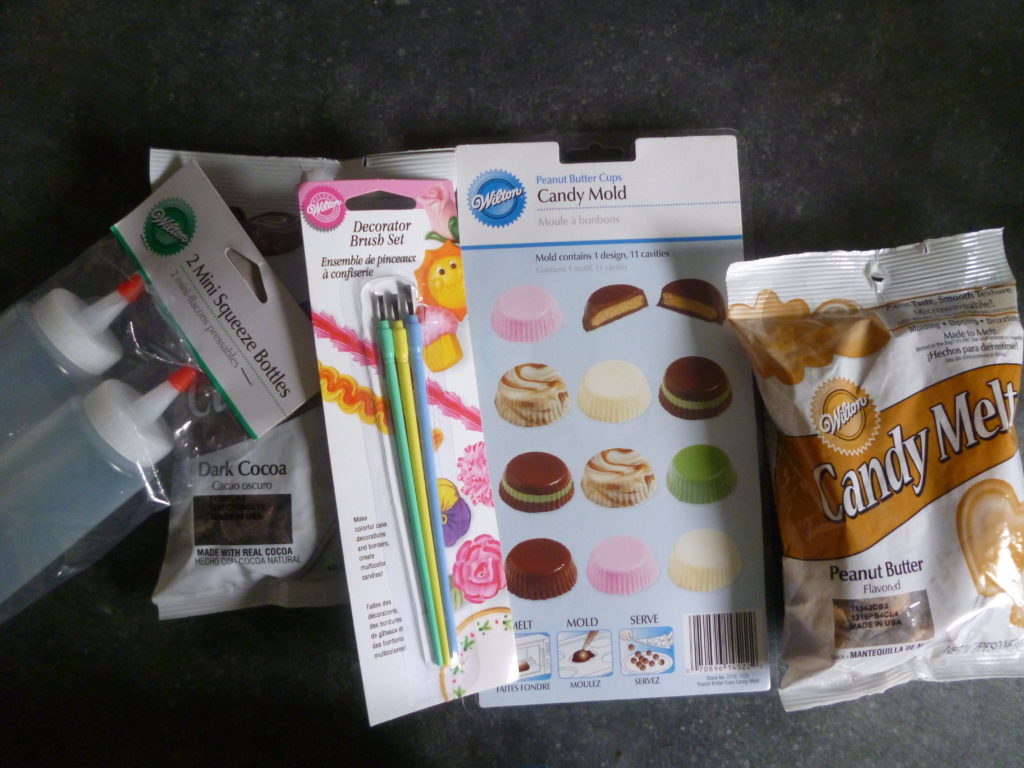 The squeezy bottle things say you can half fill them with Candy Melts, then place the bottle in a bowl of hot water until they melt. Well yeah, sure, that sounds simple enough. Except the bottles are still light and half full of air, so the just float- you end up having to hold the bottle in the water! And then, (because you’re trying to keep it so the water can’t get in) all the melted candy is at the bottom, and it takes aaages to work its way to the nozzle when you’re ready to start, by which time it’s cooled a bit and is reluctant to come out. Bah. Bah!!

I squidged a little melted dark chocolate into the bottom on the mould and then used the little brush to make sure the sides were covered. This bit was a lot easier to do with the brush, however because the choc had cooled a bit, by the time I’d done half a dozen cups the brush was basically a stick with a lump of chocolate on. But I got there. Guess which one I did last: 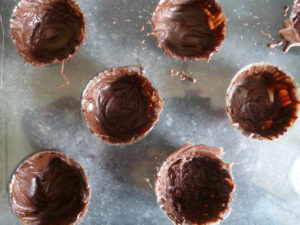 While these were cooling, I got on with melting the peanut butter candy filling. After the first attempt, I modified my method slightly, and left the bottle to rest like this: 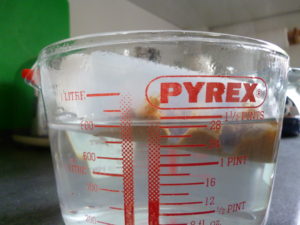 It still took a while, but at least I could leave it where it was for a bit. You do have to keep sqidging the bottle a bit to make sure it’s melting right the way through.

Anyway, onto filling the cups. This took a lot longer than the old dolloping-in-with-a-spoon method, and in the end I gave up and reverted back to my old ways- which were quicker, but a heck of a lot messier! 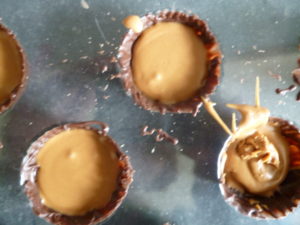 Phew. Nearly done. After the filling had set, I smoothed more melted chocolate over the base to seal, and once that had set they were done and ready to be turned out into pretty little cases: 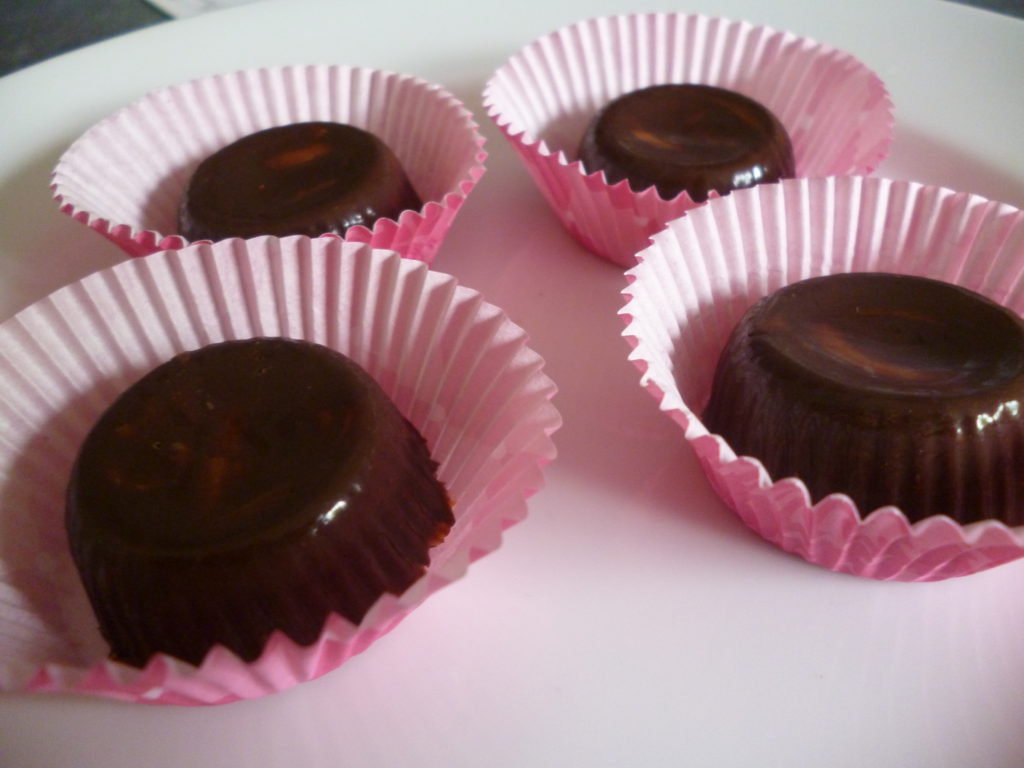 YUM. Worth the effort!

They look good enough to eat, even though they are peanut butter and I don’t like that, they still look delicious 🙂

They look amazing! I love peanut butter, you must make some next time you come up here!

[…] Women ‘She is too found of books and it has turned her brain’. She also made some peanut butter cups. My friends know me so […]

There has been a problem with your Instagram Feed.