A hot, sticky September afternoon is perhaps not the best time to try making these, but I’d got it into my head that I wanted to try. So I did. I know these aren’t proper Florentines, but I couldn’t think what else to call them!

I started by tracing some circles on a sheet of baking paper. I used what I thought was a suitably sized cookie cutter: 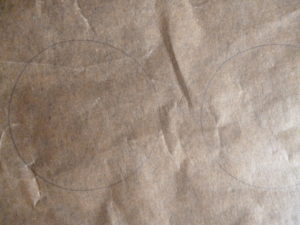 This went onto a baking tray. I melted some chocolate and used my teeny ladle to scoop it inside the circles. If you’re careful, you should be able to dollop in a nice circle- let it stop about half a centimeter from the edge of the circle. Doing it this way meant there was room for the mixture to spread a little when I gently ‘dropped’ the tray a few times onto the work surface, to get rid of the air bubbles.

I was worried about putting too much on, but I think I got it about right! They were thin, but still substantial enough to be satisfying to bite into.

After they’d set a little but the chocolate was still nice and soft, I sprinkled on a nice mix of dried fruit and seeds. I found a little bag in Asda that had a good mix of tiny seeds, bigger seeds and different coloured dried fruits:

I left these to set in the fridge; I’d let to say it was until they were nice and firm, but I’m afraid we just couldn’t resist and tried them while they were still a little melty! 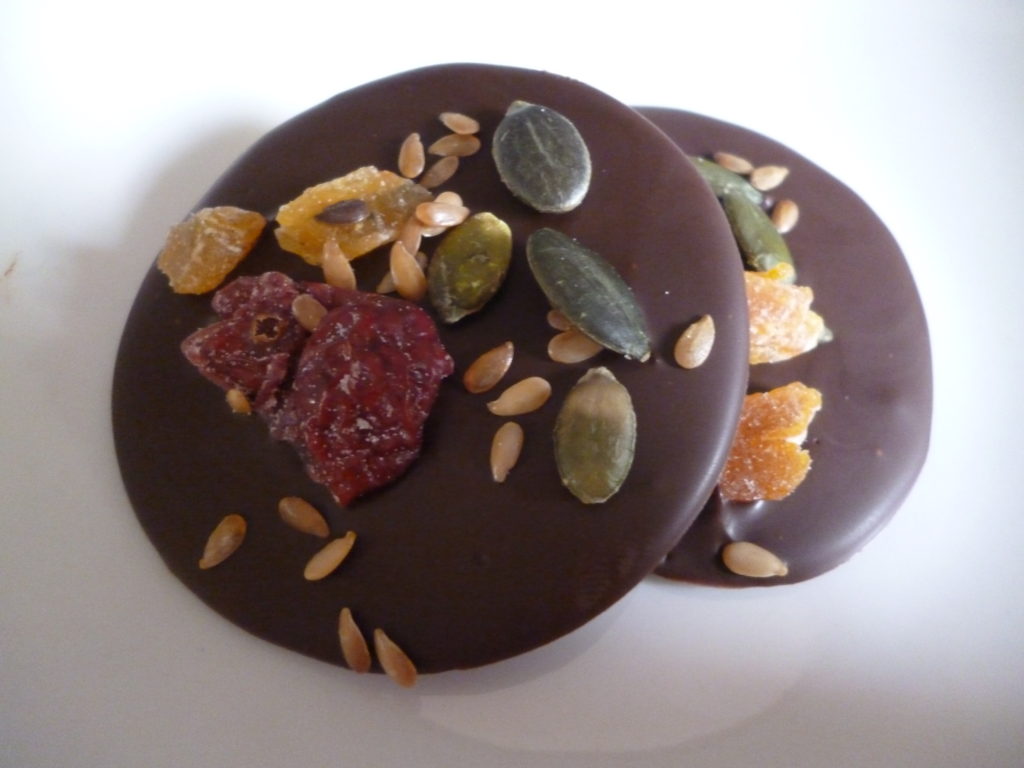