The arrival of a new nephew last October prompted me to attempt some proper bunting. Just over 3 months later and it’s done! I got the Kirstie’s Homemade book for Christmas, which helped a lot- I mainly followed those instructions.

The first thing you’ll need, of course, is material. A few years ago I bought what I thought at the time to be a lovely pair of blue and white striped trousers (£5, Mango, bargain). They went into my wardrobe and there they stayed until about two weeks ago, when I began cutting triangles from them. The bunting in the book was made from vintage fabric, with plain fabric for the backing. As I had plenty of the material I was using, I used that for everything, opting for horizontal striped one side and vertical on the other.

Now, you’re supposed to spray starch your fabric and iron beforecutting the triangles out, but I got carried away and ended up ironing each triangle separately afterwards. It was fine though! 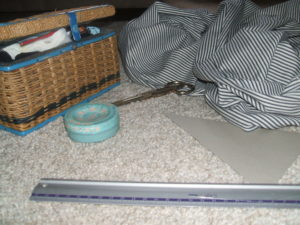 You want the triangles to be even and matching in size; other than that, I really think it depends what you want the bunting for and ultimately how big you want it! Cut yourself a template from cardboard. Mine was roughly 18cm x 12cm. Then use it to cut triangles from your material; again, it really depends how much bunting you want. You can figure it out by the length of triangle tops and how much space you think you’ll be leaving in between. 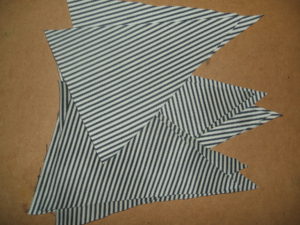 Next job is putting a front with a back and sewing them together. If you’re going for a shabby chic look (as I usually am) then sew them with the backs together. If you like neat, you can sew them right sides together then turn them right way out- just make sure you don’t sew the short side beforehand!

So… where was I… sewing. Do up each of the long sides, meeting at the point, but stopping a good few centimetres from the top. (If you’re being  neat, this is the point you’d turn it right way out). Then sew across the top of the short side, so you’ve got a gap between this and the side seams; this is where you’ll thread your cord through. 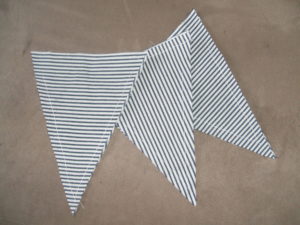 Now it’s time to string them all together! I used thin rope type stuff, that I found in my craft box. I’ve no idea where it came from, I’m afraid, but I thought it looked nice. I used a big blunt needle to thread mine through. Another way is to wrap tape round the end, so it doesn’t fray and can be pushed through easier. Just make sure they don’t all fall off the other end!

All that’s left to do then is decide how far apart you want them, the put a couple of little stitches in each to hold them in place. 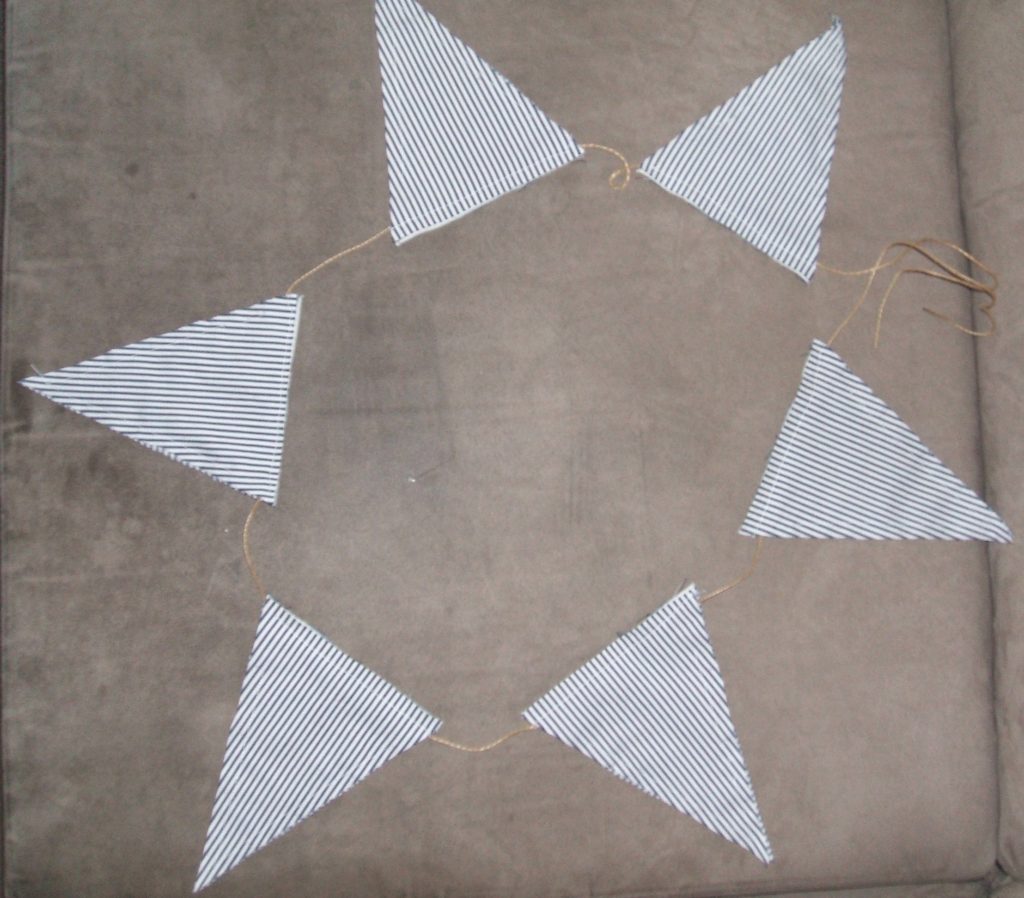